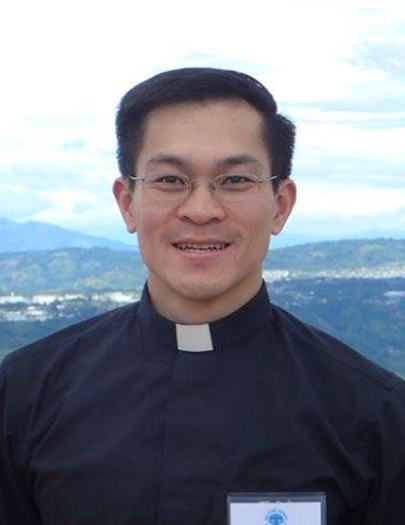 Fr. Thanh Nguyen, LC, was born in Vietnam and escaped to the US with his family as a baby in 1977, eventually settling down in Louisiana. He joined the Apostolic School of the Legion of Christ in New Hampshire in 1990. In 1995 he entered the Novitiate of the Legionaries of Christ in Cheshire, CT, and was ordained in Rome on December 12th, 2009.

Fr. Thanh has worked and studied in Texas, Missouri, New Hampshire, Italy, Venezuela, and now Michigan. He has a Master of Science Degree in Psychology from Divine Mercy University. His principal work in Michigan is with the Hispanic community, where he also assists the diocese in the field of Deliverance Ministry and Exorcism.

He has been on 10 medical missions with Helping Hands Medical Missions in Guatemala, El Salvador, and Costa Rica, as well as several construction and evangelization missions to Costa Rica, Mexico, and Venezuela.

Fr. Thanh Nguyen’s areas of expertise are spiritual guidance, accompaniment, and spiritual direction. He is fluent in English, Spanish, Italian, and Vietnamese.