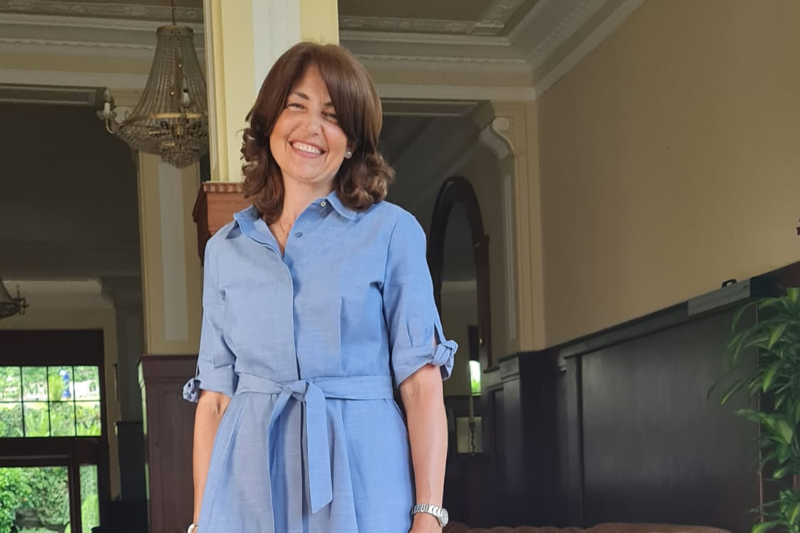 Luly Fernández hails from Monterrey, Mexico where she grew up along with her 6 siblings (4 older sisters and 2 younger brothers). Her parents were devoted Catholics and raised their children in the Faith. She recalls that her mother talked about the Faith and made it part of their daily lives. Her father was instrumental in nurturing a love for the Blessed Mother by making sure each of the children had a picture of her above their beds, so they would know she was taking care of them.

When Luly was 12 years old, her oldest sister became a consecrated woman. Her parents were not familiar with Regnum Christi and had difficulty with their daughter’s decision to dedicate her life to Our Lord in this way. After learning more about Regnum Christi, Luly’s mother became part of the RC family. Luly ended up joining the young adult section of Regnum Christi, where she experienced the beautiful and holy example of the Consecrated Women in Regnum Christi.

Before becoming consecrated, Luly worked in a company’s personnel department, which served to fulfill her longing to help people experience Christ’s love for them and understand the reason for their existence and their mission in life.

Luly met and dated a wonderful man for several years, and they were considering marriage.  The Lord was pursuing her and leading her in another direction, however, and it became clear that He had a different calling for her life. Like her sister, Luly was being called to become a Consecrated Woman in Regnum Christi. 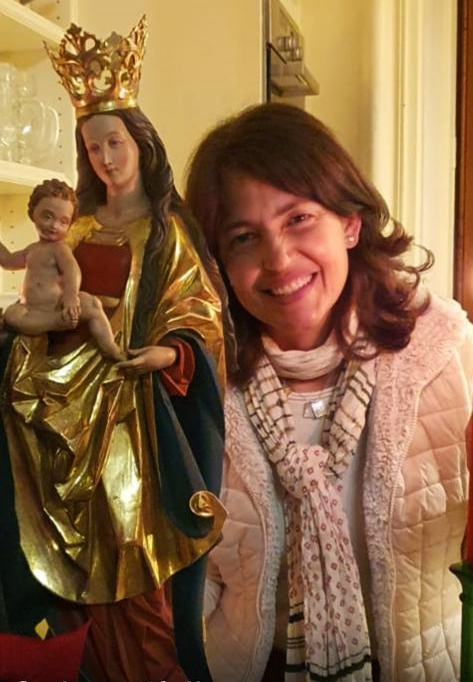 After becoming consecrated, the first apostolate Luly was involved with was in the Formation Center in Rhode Island. Eventually, she became Director and helped usher the school through the accreditation process so that the women could receive a Bachelor of Liberal Arts. This was a time filled with many challenges but also many graces!

In 2011, Luly served as Territorial Director for the New York Territory for one year before heading to Rome to serve as General Counselor until 2014. After her tenure as General Counselor, she became the Vice Director of the Le Chatelard Academy boarding school. She served there for 8 years and loved the mission of evangelization and working with the families, many of whom keep in touch with her even today.

Currently, Luly is serving in both Women and Couples ministry in Washington, D.C.

She considers each role in which she has served as a gift and a blessing and is grateful to Our Lord for providing her with so many opportunities over the course of her 29 years as a Consecrated Woman in Regnum Christi.

The blessings continue to flow in her family, as well. Almost all her siblings are involved in Regnum Christi in some way. She now has 22 nieces and nephews, as well as 8 great nieces and nephews. One of her nieces is consecrated, and one of her nephews is studying in Rome this year as he discerns a call to the priesthood!

Luly shared with us that Regnum Christi has been an amazing blessing for her and her family; they would not be the same without this treasure. She said, “God has chosen this boat for us to arrive to Him, and I am so grateful to be in it and to share it with all the ones that God places on my path.”