My husband, Rob, and I went through 16 years of Catholic education. While we were dating we often went to Mass together, but we were cafeteria Catholics at that time even though we didn’t even know the term back in 1989. During our engagement, we went to an Engaged Encounter weekend in Garrison NY. It was a grace-filled weekend and we decided to embrace natural family planning. We had a beautiful wedding at my college chapel. Life was busy, we both were in the process of changing careers, going back to school, and moving to NYC. Five months after our wedding day we found out we were expecting our first child, 17 months later we had our second son. We would take the boys to Mass at the NYU chapel, then St Joseph’s on the Upper Eastside. During this time we had little support for NFP, none of my friends or family were using it, life was getting quite hectic, working full-time as an RN in Manhattan, my husband teaching, and the four of us living in a one-bedroom apartment. We went back to our cafeteria Catholic ideas. 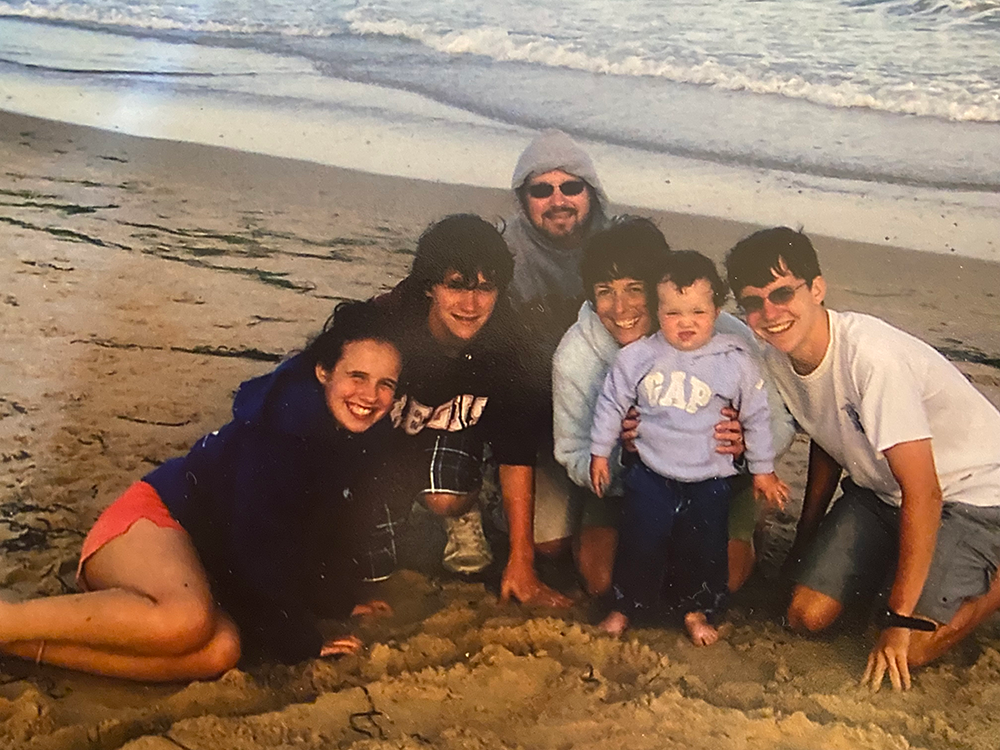 We eventually moved to Putnam county and had another child, a girl this time. Three was the perfect number for me. We went to Mass on Sundays and the children were enrolled in CCD, but at some point, I thought to myself this is not enough. We need more from our Catholic faith. In my church bulletin, there was a 4-year course being offered called Familia, for mothers of young children. I decided to join. I would drive 25 minutes down to Katonah to meet with seven moms in the group. This was a life-changing time for me. I learned the truth of Humanae Vitae and now fully understand the church’s teaching on contraception. It was a beautiful moment of truth for me. My husband was fully on board with returning to Natural Family Planning, Creighton method. The women in my Familia group were now my source of support for all things truly Catholic. During this time I was introduced to Regnum Christi, and I started attending monthly mornings of reflection. (MOR) I so looked forward to my biweekly Familia meetings and the MOR. I soon went on my first Spiritual Exercises. I was over the moon. I came home so excited about Christ and my new understanding of my Catholic faith. At this point, I couldn’t wait to join Regnum Christi and incorporated soon after.

As I continued to grow in my faith I heard our Lord saying to me you should have another child. Now at this point, nine years had passed since my last child. After I discerned that the Lord really was asking me to have another child I then went to my husband to talk about it. I explained that since I was older there was a chance the baby might have some difficulties. I asked my husband to pray about it and he asked me if he could ask for a sign since it was such a big decision. I said of course ask Jesus for a sign. Well on Christmas morning Rob received his sign. The night before, after Mass on Christmas Eve the family was sitting around the dining room table and the boys asked about their birth stories and what happened on the day they were born. It got to be late and we went to bed before my daughter’s birth story could be told. Now the day before my husband had just put birdfeed in the birdfeeder it was empty for quite a while and as you may know, it usually takes a bit of time for the birds to come back to the feeder. Anyway, back to my story. The next morning we woke up to open Christmas presents and sat down to our Christmas breakfast. At that point my daughter asked about her birth story, while I was telling it I stopped and looked out our big picture window and saw a cardinal in our evergreen tree with a blanket of snow in the background, everyone looked out the window it was a picture postcard. I then went back to telling my daughter’s story. After breakfast as we were cleaning up, my husband came up behind me and said “I got my sign.” Rob said he asked to see a cardinal on the evergreen tree on Christmas morning and it happened while I was telling my daughter’s story. Our second daughter was born on the Blessed Mother’s birthday.

During the past 18 years in Regnum Christi I have been involved in several different apostolates, Challenge, Three to get Married, Little Flowers, Mornings of Reflection, C4, Team leader, Retreat Facilitator, and now Section Director. My time doing apostolate work, especially Three to get Married, has been a blessing for our marriage and our family.

The Legionary priests and consecrated that I have met through the years have been a blessing. I have been able to turn to them at any time. My encounter team has been such a support for me during the joys and sorrows of life. I am able to turn to my team and ask for prayers during times of need and oh what those prayers to our Lord have been able to do! Regnum Christi provided me with the means to grow in my Catholic faith and love of Christ and for that, I will be forever grateful.