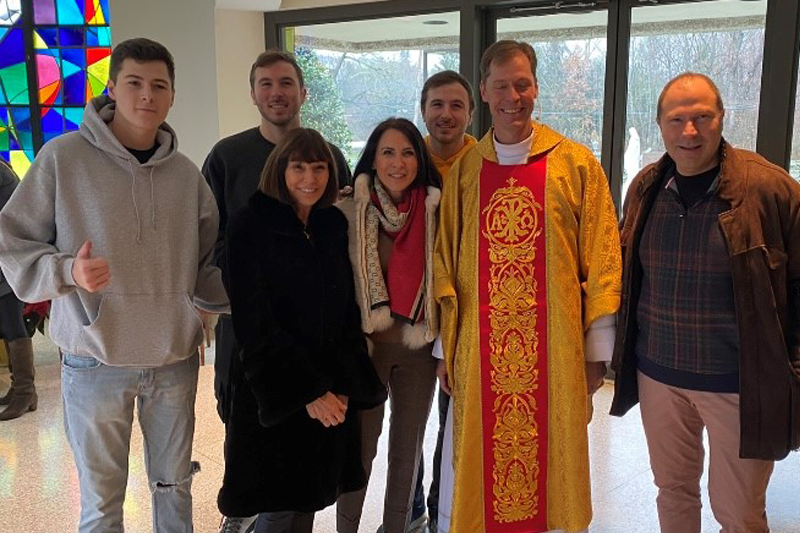 The Healing Power of Confession

Jill Caridi was raised in Brooklyn, New York, in a close-knit, Italian-American family. She lived in a two-family house with her mom, dad, and two older brothers on the bottom floor, her aunt, uncle, and 3 older cousins on the top floor, and her grandparents in the basement apartment. While the family gathered around grandma’s table for Sunday dinner, Mass was not part of their Sunday family tradition. The children received their sacraments and were sent to CCD, but otherwise, Jill grew up in a mostly secular environment.

Always math and science-oriented in school, Jill was particularly interested in general and cosmetic dentistry as an occupation. She worked hard to earn her degree and licensure, and she and her business partner enjoy a successful private practice in Manhattan.

Jill and her husband, Michael, live in Greenwich with their twin sons, Nicolas and Daniel, and their youngest son, Joseph. It was Jill’s relationship with her older stepson, however, that eventually led their family to the Catholic Church. Raising a teenage stepson, who was causing havoc in the family, was beginning to be too much to handle. While today, Jill recognizes her priorities as God first, husband second, and children third, she had it backward back in those days. She knew something was missing, but did not have the background to realize what that was.

When her twins were 7 years old and should have been preparing for the sacraments, Jill felt it would be hypocritical to send them to CCD, as her worldview was not in line with Church teaching. Her mother was insistent that she put the kids in CCD and even stopped talking to her for a period of time because she was so upset with her daughter. Jill’s father and her husband (who was raised Lutheran) finally convinced her to put the kids in religious education classes. This period in her life had become very stressful.

She was at her wit’s end when a friend suggested she should think about talking with a priest. She ended up talking with Fr. John Connor, LC, at the Lumen Institute. She poured her heart out to him, explaining that she felt like such a victim in her current circumstances. She was in tears as she spoke about what she had been going through in her family.

As Jill explains it, Fr. John stared at her and said, “Okay. Can I offer you a confession?” She didn’t know what to make of it but agreed. Fr. John walked her through a general confession. Afterward, he told her that she needed to do 3 things: 1. Get over her pity party. 2. Join a Bible study. 3. Love your husband and stepson better.

As she walked out of the building with her mother, she told her that she didn’t know what just happened, but she knew without a doubt that everything was going to be okay. She had complete and total healing through the grace of that confession. She stopped her pity party, she joined a Walking With Purpose bible study, and she loved her husband and stepson better.

Jill said she started going to church with her family, attended silent retreats, joined Regnum Christi, started going to spiritual direction, and also experienced a shift in her worldview, leaving behind her very liberal views on social issues and becoming a “hardcore conservative.” 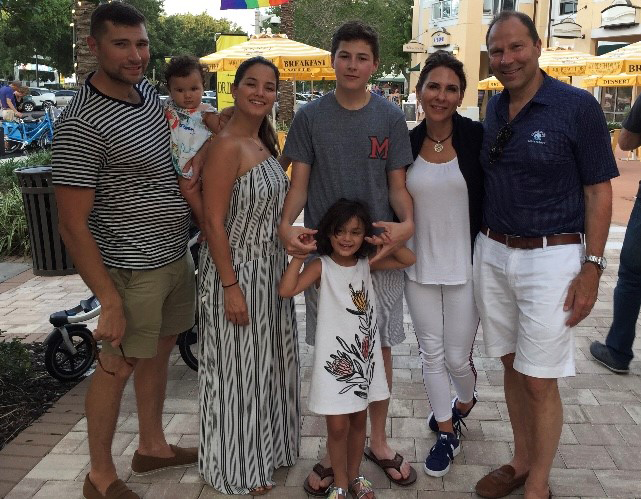 While she says her perpetual apostolate is evangelizing her immediate and extended families, Jill has her hands in a variety of other apostolates. She is involved in a new apostolate with Fr. Jorge inviting couples to an evening to renew their marriages. She is co-leading an Emmaus retreat for women who wish to grow closer to God through prayer and conversation with others who share the same goal. Jill also offers a Sip and Scripture book club to discuss faith-based books.

Jill serves the Legionary and Consecrated communities by offering her dental services to those who have given their lives in service to the Church through the Legion and Regnum Christi.

When asked to share how being in Regnum Christi has impacted her life, Jill shared that she and her husband went from raising their family in a very secular way to fully embracing the Catholic faith, attending mass every Sunday, and praying the Rosary most evenings. Jill credits the Legionary priests with saving not only her marriage but her life. Michael converted to Catholicism and is a member of Lumen. Jill is involved with Lumen wives’ evenings, which are led by Consecrated women. She is grateful that her boys (twins, now 25, and younger son, 22) are all practicing the Faith. Another tremendous blessing is that she has a wonderful relationship with her stepson, who now lives in Florida with his wife and 3 daughters.